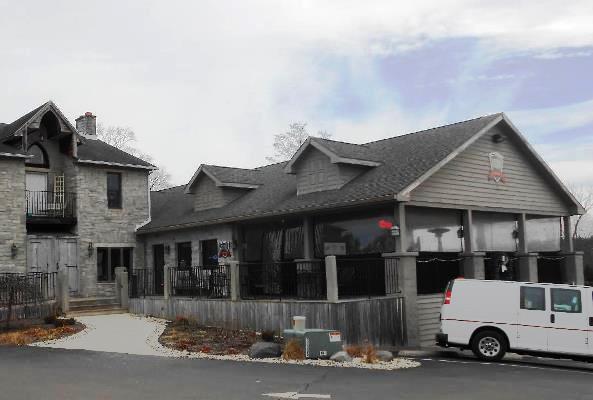 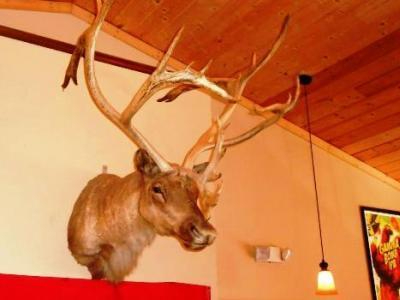 Resolute in their determination to eventually sample the lunch offerings of every non-chain restaurant within a mile of the trail, on January 31 the TTA Trio (John, Rod and George) continued to venture northward all the way up to the target-rich environment of Waynesville's Main Street, only half a mile off the trail from Corwin via Corwin Ave. Continuing the south-to-north pattern, the Stone House Tavern, the southernmost restaurant on Main Street, was the choice of the day. Although visible from US Rt. 42, which it overlooks, it initially was a challenge to find from Main Street. However, once the correct driveway was found a spacious parking lot appeared.

Located in an attractive L-shaped light stone building, Stonehouse Tavern offers seating both in the full bar area with a great view out over Rt. 42 and an adjacent, and quieter, dining area. The menu focuses on simple, lighter fare: appetizers, burgers, sandwiches, salads and desserts. Prices seem almost whimsical ($9.11, $9.81, $10.05, etc.) until you realize they've all been pre-calculated to come out to even multiples of 25 cents after tax! Perhaps a dozen beers are on draft, with some selections continually rotating. Currently available draft brews are posted on a series of small blackboards hung above the bar. 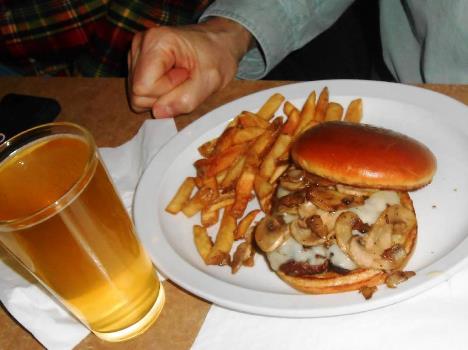 As the appointed noon lunch hour approached, the TTA Trio was joined at a bar table for six by Bruce Lathrop, Ron Gorley and Rich Easterly. Half the group opted for soft drinks, while the others chose from the various draft beer offerings which, to George's disappointment (if not outright consternation), did NOT include any IPAs!

Beverages in hand, appetizers were ordered for the table; first Stonehouse Tavern's signature Sauerkraut Balls ($9.11), and then a platter of White Queso Nachos with sausage (also $9.11). The consensus was that the sauerkraut balls were truly unique, delicious and memorable and well worth recommending. By contrast, the nachos, while acceptable, were quite ordinary.

The group tried a broad spectrum of the restaurant’s offerings, with Ron ordering a Club sandwich ($10.05); Bruce a Chicken Wings appetizer ($8.41) with a side of onion rings; Rod a Mushroom and Swiss Burger done medium-well ($10.28); John a Hot & Sticky Burger (with bacon, peanut butter(!), pepper jack cheese and pepper jelly, $10.98); Rich a Patty Melt ($9.81); and George a Black N’ Bleu Burger, medium rare ($10.28). All of the burgers were cooked as desired which was to the credit of the kitchen. Overall, everyone was satisfied with their food but no one was particularly impressed by it; the exceptionally high standard previously set by the sauerkraut balls just wasn’t maintained. 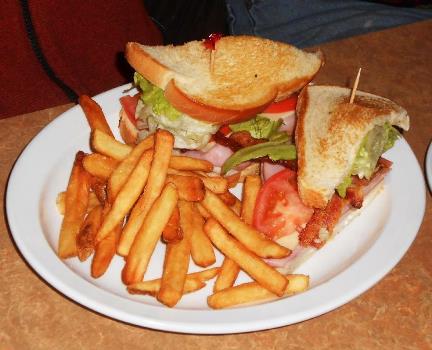 All the above gave rise to differing opinions among the diners: four felt Stonehouse Tavern merited four bells, while John and George couldn’t see awarding any more than three. Since everyone’s opinion carried equal weight, the final rating was resolved arithmetically which came out to be 3.67 bells. Since ratings are done by full or half bells, the closest was 3 1/2 bells which then was the final result.