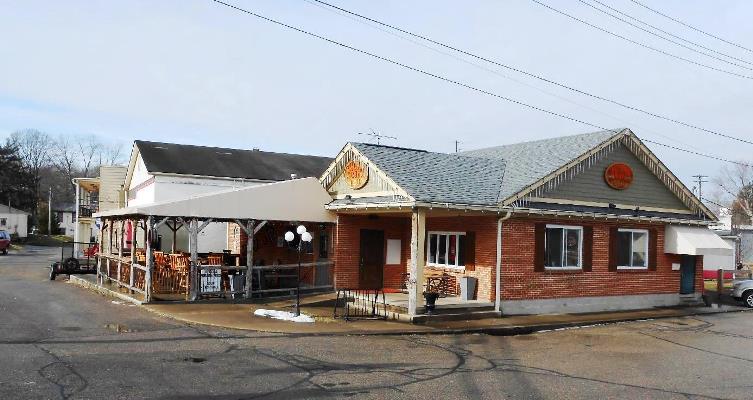 On January 10, 2018, after a holiday break, the TTA, bolstered by Rod Gossett and Bruce Lathrop, expanded their culinary quest ever northward to Morrow, Ohio and visited The Sugar Run Grill, located on Rt. 22 perhaps all of 100 feet from the Trail bridge spanning Todd's Fork. 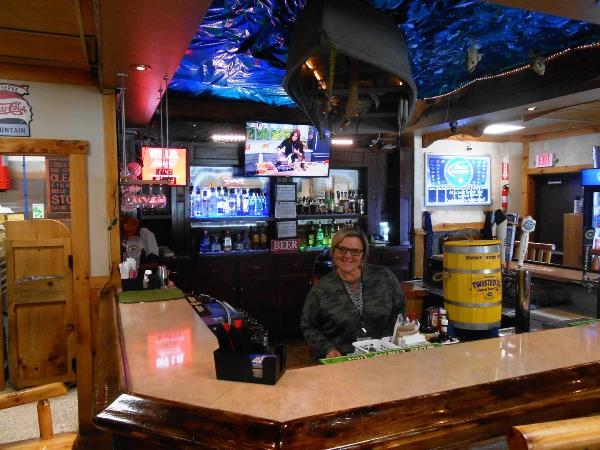 As the sole customers upon entering, we were cordially greeted by Tara, who served as bartender and waitress.  Sugar Run Grill has a number of unique features, not the least of which is the warm and inviting rustic wood furniture which we later learned had been hand-crafted by owner Ed Porginski prior to the restaurant's opening in 2015.  (Ed also noted that all meat served in his restaurant, with the sole exception of chicken, is raised on his farm.)  Sugar Run emphasizes quality above all else, and that attitude is clearly reflected on the front page of the menu, which features a large stop sign and the following caution: "STOP -- This is not fast food.  Be prepared to wait for your order.  We cook from scratch."  Taking this as an encouraging indicator of good things to come, the group relaxed with a round of draft beers before ordering.  Rod and John had Sam Adams Winter Lager, while Bruce and George opted for a Deschutes IPA (which can be challenging to find in the Cincinnati area, since it comes from Bend, Oregon.  Kudos to Ed for his good taste— in brews, as well as in decor!) 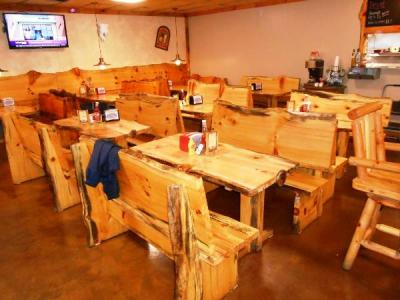 Analysis of the menu quickly indicated that Sugar Run's intention is to have relatively few offerings, but to concentrate on doing them well.  Daily specials are posted on the chalk board and should be noted.  Sometimes the special is a regular menu item, like it was today, and other times it is an extra offering.  Bar staples such as appetizers, wings, sandwiches and burgers figure prominently.  Accordingly, the group started off with an order of wings, which were moist, meaty and really good!  Bruce got a bacon cheeseburger with grilled onions and fries for $11.99, and claimed to be a happy guy.  John selected a "Sunrise Burger" ($13.99), so named because it came with a fried egg atop it, accompanied by crispy fries with Cajun seasoning.  While it wasn't cooked exactly as he had requested, he still was satisfied.  Rod enjoyed his cheesesteak special ($12.99). George "lowballed" his peers, and popped just $9.99 for a pulled pork sandwich with mac & cheese.  He found the pulled pork (and accompanying sauce) certainly adequate, but unremarkable.  The mac and cheese was unexpectedly disappointing, just some grated cheese atop moist (but creamy) elbow pasta. 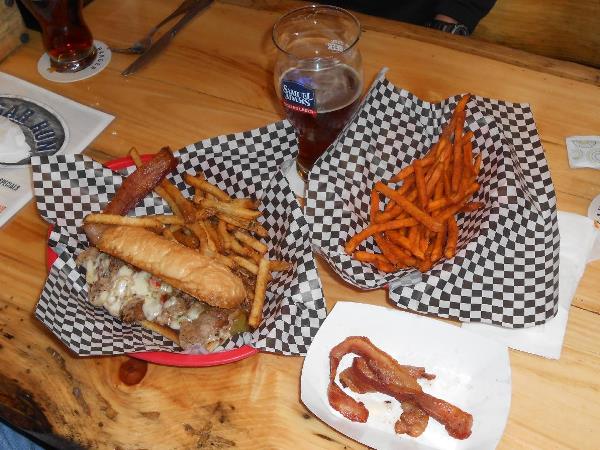 Morrow has been trying to get trail users to stop in their town for years.  They have attempted this by placing 4 stop signs on the trail over the quarter mile stretch through town.  They have even issued warnings and citations to trail users who don’t stop.  Morrow City Council should take a lesson from the Sugar Run Grill:  add more quality places like this one with good food and a fun atmosphere.  Sugar Run Grill has given this gang of trail users a reason to stop and we loved it!

The consensus of the group was that Sugar Run's overall food quality, ambiance and excellent proximity to the trail certainly merited 4 "bells" from the TTA. 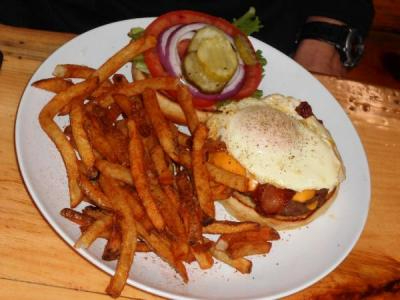