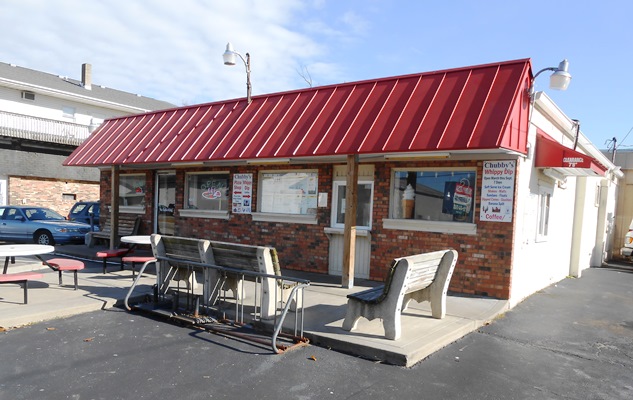 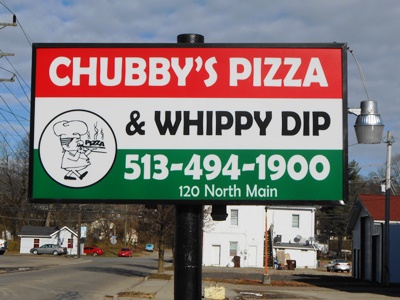 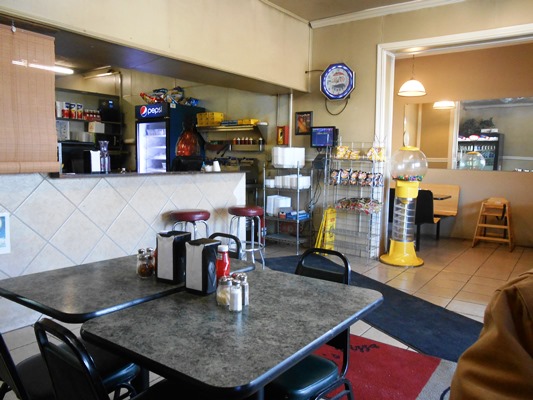 Having already done all the damage they could in Loveland's restaurants, on December 6 the TTA Duo (again ably assisted by Rod Gossett) acknowledged their standing commitment to visit every eatery which met their criteria along the trail, and accordingly (if admittedly somewhat reluctantly) ventured north on the trail to Chubby's Pizza (and Whippy Dip!) in South Lebanon. Chubby's, a minimalist local establishment, presently is the only place serving lunch between Loveland and Morrow  (since the Monkey Bar in Fosters currently has yet to open its kitchen—but will be reviewed once it does). Thus, Chubby’s  very basic appeal derives far more from its status as an "eating outpost" within half a mile of the trail than from any potential claims to offering memorable cuisine. Located in a freestanding building it shares with The Whippy Dip (which is open only seasonally), Chubby's is basically a burgers & pizza establishment, yet it has a surprisingly broad offering from its only menu located at the counter where customers place their orders. Locals appear to call in and then take out their orders, while transients such as the TTA and other trail users seat themselves inside at one of the five tables in the snug (13’ by 23') eating area looking into the kitchen—where they strive to ignore the sad reality that good housekeeping is not one of Chubby's priorities. A number of outdoor tables are available between the front door and the street, but obviously only appeal during fair weather. Canned soft drinks are available, but no alcohol is served. Service was prompt and efficient; all orders were delivered hot and simultaneously. 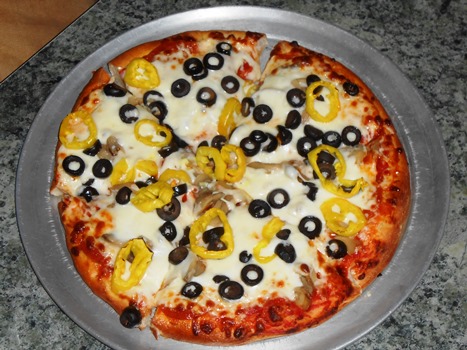 Rod led off with a small pizza with pepperoni, mushrooms, black olives, banana peppers and extra cheese with a soft drink, all of which cost $12.75. He was content with it, but not particularly enthused. John and George each had burgers which had been previously prepared and kept in a steam bath awaiting orders—so getting them cooked as desired was naught but an impossible dream.  John took a double cheeseburger deluxe with onion rings and a soft drink, totaling $9.50. George lowballed at $5.88 for a bacon cheeseburger with a side of chips and soft drink.  Both allowed that while their sandwiches were at least edible, they were of nothing more than "snack bar" quality and taste. Overall, Rod was much more satisfied with his pizza than were John and George with their pre-cooked burgers.

Positives:  Broad menu offering, friendly and efficient service, moderate prices.
Negatives:  Average food, not particularly clean, restrooms well hidden (none of us could find them, though to be fair, we didn't ask, either), proximity to the trail not as close as other places where we have eaten.
Rating: The TTA felt Chubby's rated two bells. This rating by no means suggests that this is a place to avoid. In fact, if you are heading north on the trail through South Lebanon and really need to get something to eat, go for it. It will fulfill your needs. But, if you are heading south on the trail through South Lebanon and are feeling hungry, we’d say, hold off for 8.5 miles until you get to Loveland where you have a wider variety of (better) places to choose from. 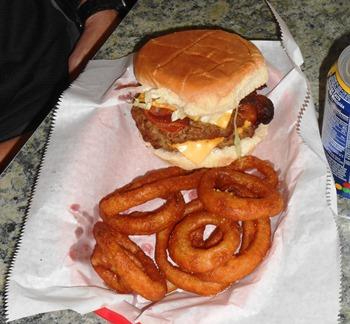