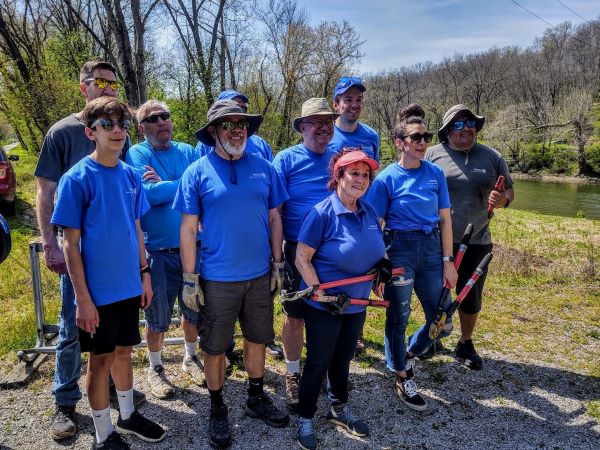 On a beautiful April morning, ten members of the Cincinnati Rotary Club and two FLMSP members volunteered to help with FOUR projects simultaneously on the trail.

First on the list was removal of several unsightly large stumps just off the asphalt near the Miami Bluffs area. The stumps had been left after removal of trees whose roots were destroying the paved surface. Using a stump grinder from a local equipment rental store, three large stumps were ground down and the area smoothed for easing mowing by ODNR work crews, and to reduce the visual impact of human intervention in the Park. 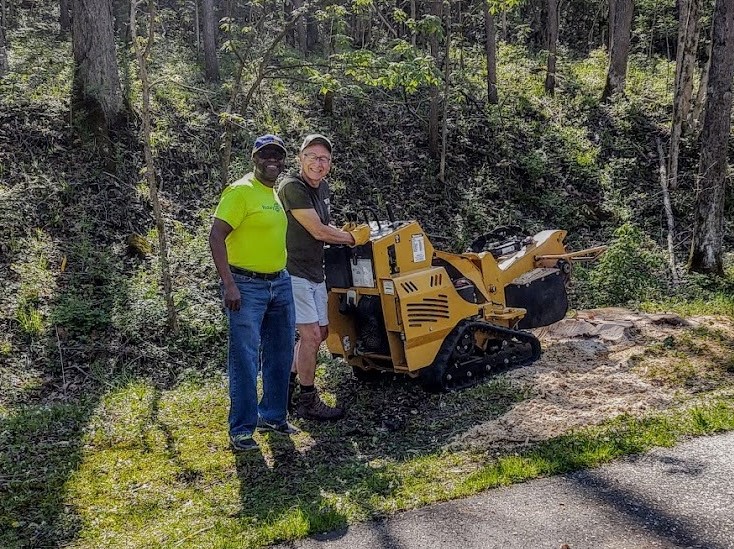 While that work was being performed, another group began rototilling the site for the new Native Ohio Prairie at the 39.5 mile marker. Over half the prairie was tilled in this first go around. We hope to have the prairie planted by June 15. Rotted 6x6 timbers were also removed from the rest area adjacent to the prairie. 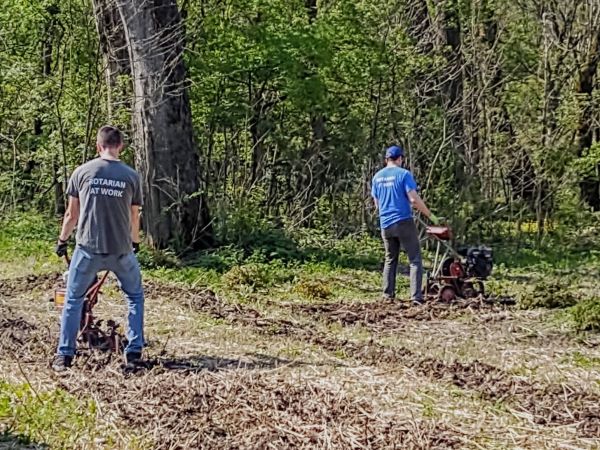 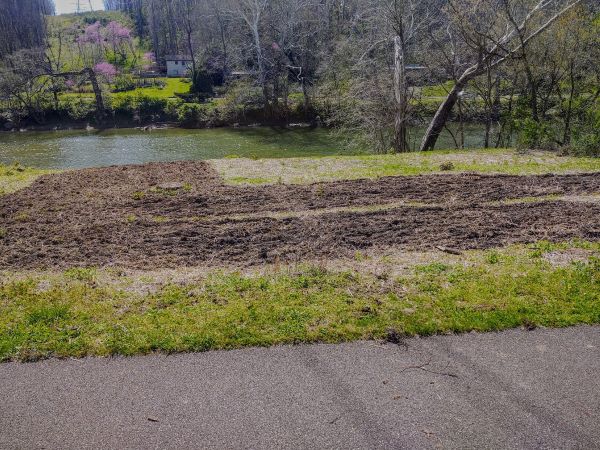 In the meantime, yet another group drove to Ft. Ancient to load Rick’s Silverado pickup truck with large stones ODNR had available for general use to create a new, more natural border around the sitting area at 39.5 miles. Unloading the stone was far easier than loading! We’re glad they found their “forever” home! 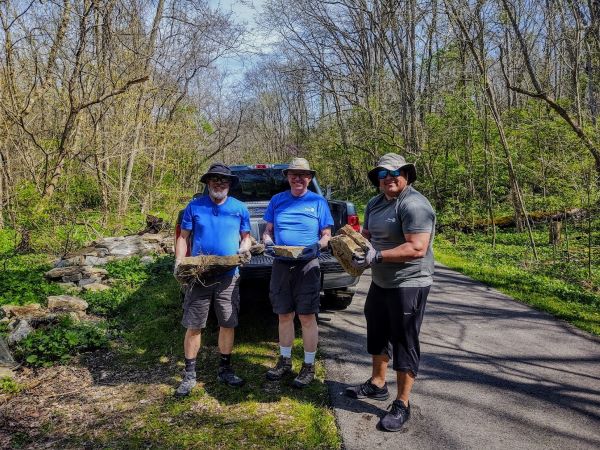 While those three groups were working, a fourth group was cutting invasive honeysuckle just south and east of the prairie. There is nothing more satisfying than eliminating these plants that are destroying our native mid-west forest.

The Friends of Little Miami State Park would like to extend our deepest heartfelt thanks to Huxley Miller for helping to organize the event and to the ten members of the Cincinnati Rotary Club who gave up their Saturday to do a phenomenal job of enhancing the beauty of the trail and for moving the Native Ohio Prairie project forward. Offer up your mental “shout out” to these folks the next time you pass these spots on your own journeys along the trail.

Article and photos by Rick Forrester
May 2022