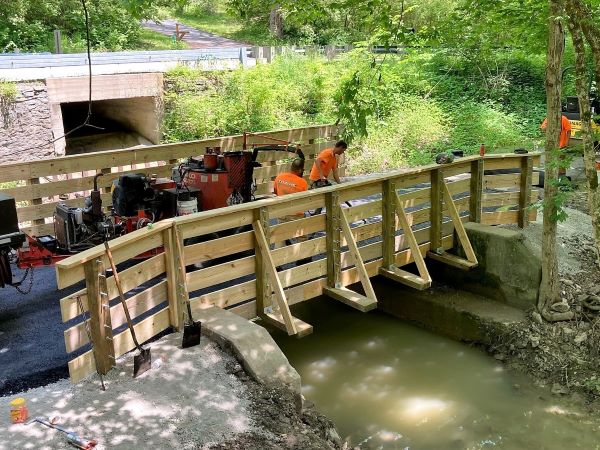 During the last month, three crumbling trail bridges have been reconstructed to improve their stability and drainage, as well as a smoother trail surface.

The new bridges are near Beech Road (mile marker 46), Foster (mile marker 38), and Oregonia; the article below relates the story behind the northernmost bridge.

There’s more good news about the new bridges. First, they are wider now—14 feet rather than the original 10 feet that was just the width of the paved trail. Second, the three-bridge construction project finished below budget, and enough money was left over to repave a section of trail! Approximately 300 feet of trail just north of the Foster intersection has just been transformed from one of the bumpiest stretches to a new smooth surface. Thank you, ODNR!

A Troubled Bridge Over Trail Waters

As a volunteer for FLMSP, I have been dealing with the bridge at mile marker 18.3, about 1.5 miles north of Oregonia, for at least four years. Other volunteers and I have moved a lot of rocks and logs from the front of the bridge and shoveled a lot of mud off the pavement after flooding events. During heavy rains, this bridge has a tendency to gather debris which restricts flow under the bridge, causing storm water to back up and flood over the trail. In 2017, before any work, the upstream side of the bridge was slammed with large rocks, gravel, and woody debris. There were even small trees and bushes growing in the basin (see photos below).

In recent years ODNR has gone in two or three times with an excavator and hauled out dump truck loads of debris, allowing increased flow under the bridge. However, it was discovered in the past year that the flood waters had taken their toll on the wooden substructure of the bridge. The timbers and boards directly below the pavement were rotted and weak in some areas, causing the pavement to partially collapse. The superstructure, made from steel beams and built to support a train, was in good condition. ODNR contracted for the repair work to rebuild the bridge and clear out all the debris underneath. The trail surface was repaved and the work was completed on May 21st. As you can see from the photos, the improvement is dramatic and much appreciated by the trail users traveling along that stretch.

Photos Below: Bridge before and after, looking north 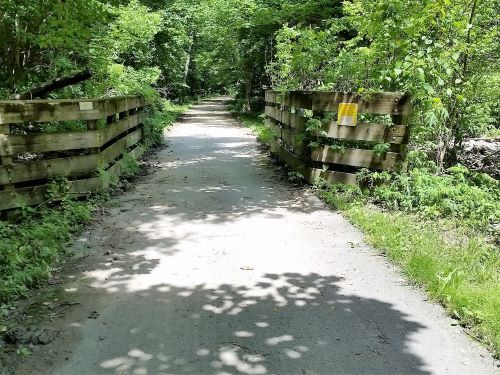 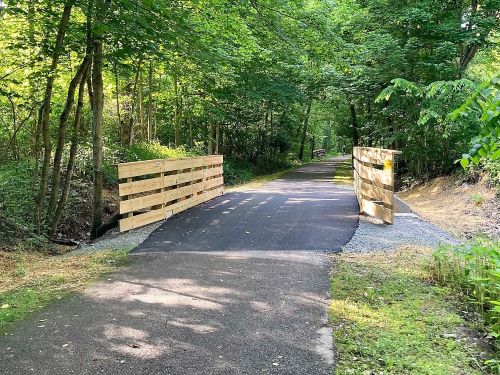 Photos Below: Under the bridge, before and after. 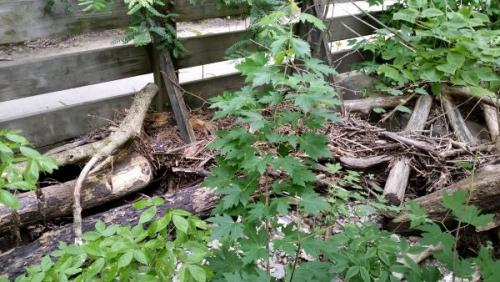 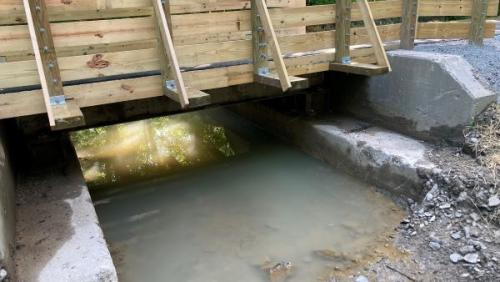