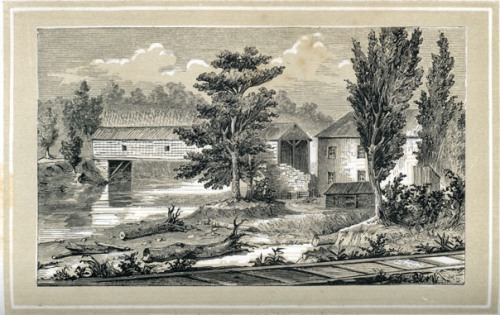 “FOSTER'S CROSSINGS is on the left, and takes its name from the original resident here. It is simply a house, a bridge, and a station. The [Little] Miami river is here crossed by the Montgomery turnpike, from Cincinnati to Wilmington [present Rte. 22/3]. The situation is a very pleasant one. There are hills on both sides, the valley being here compressed within narrow limits. The bridge, a plain simple structure, conducts to the road which you see winding up the hills on the other side.

“Just before you come to Foster's Crossings, you will notice on the west bank of the river a large mill and plain frame house. This was the residence of one of the real statesmen of our country, Governor [Jeremiah] Morrow. He entered public life in 1802, and remained in the public service half a century; in which time, he never once lost the public confidence, nor ever failed in any part of his duty. He was a member of the State Convention to form the first Constitution; was twelve years a member of the House of Representatives in Congress; and most of the time, the only Representative of Ohio. He was six years in the United States Senate; four years Governor; and several years, towards the close of his life, President of the Little Miami Railroad Company. He was one of the earliest friends of this enterprise, and one of the few who then saw the great superiority of this mode of locomotion, and its advantages to the country. The Duke of Saxe Weimar, after visiting him in 1825, described him as a faithful copy of an ancient Cincinnatus. "He was engaged on our arrival, in cutting a wagon pole; but immediately stopped his work on our arrival, to give us a hearty welcome."

“It would be well for our Republic, if the race of Morrows could be continued; if, nurtured like the mighty oaks on the soil; warmed into vigor, by the open sun; freshened by the pure air; made hardy by labor and exposure; educated to the sentiment of religion, and the love of liberty, -- they could come as Morrow did -- with the strength of frame; the vigor of intellect. the honest heart; and the clear eyed spirit, to the great work of Legislation. Then we should have wholesome laws, justly administered; and all selfishness and intrigue and corruption would disappear, before a fearless Patriotism. Alas! Why cannot we have another era of Washingtons, and Jays, and Morrows? But, we must neither linger nor sigh, by the grave of Patriots! The cars roll on. Time flies! It is the Present only we possess.” 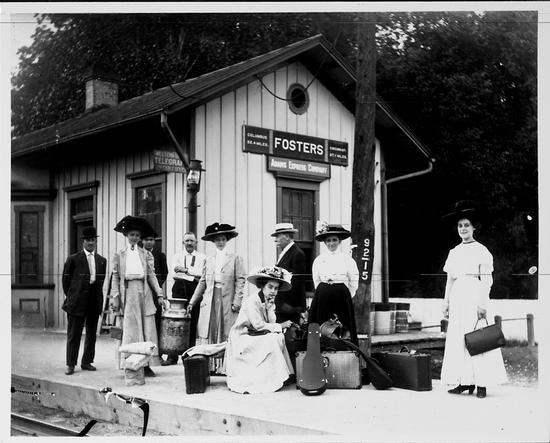