With April being the traditional start of the trail season, let’s take a moment to recap FLMSP’s accomplishments last season and to look ahead to what’s coming soon. 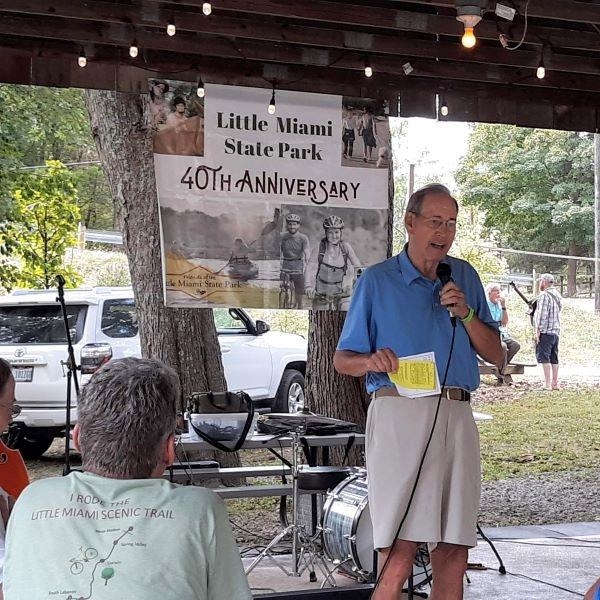 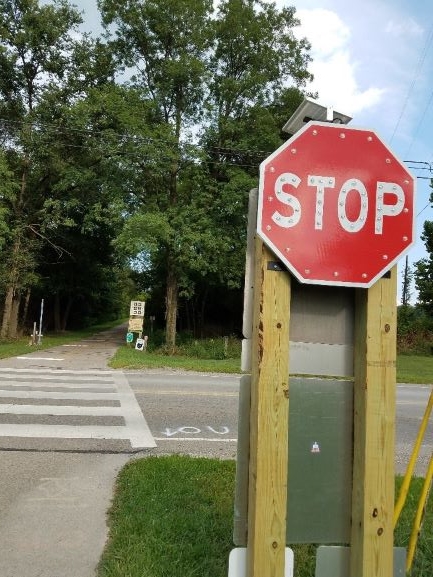 Last year marked the 10th anniversary of FLMSP and the 40th anniversary of the Little Miami State Park. To celebrate the Big 4-0, FLMSP hosted a weekend of special events including trail rides and birthday bashes complete with music and prizes.

We erected a new informational kiosk at Corwin, in memory of FLMSP’s first president, Simeon Copple.

Road intersections with the trail became safer thanks to FLMSP’s outreach to local jurisdictions and funding from a grant and generous donors. Improvements at the 41 intersections included vertical and horizontal signage on roads, clearing of sight lines, and flashing solar trail signals at the most dangerous intersections.

These accomplishments were above and beyond FLMSP’s numerous ongoing contributions to the trail.
Here’s a brief overview of the contributions FLMSP makes to our trail-park throughout the year: 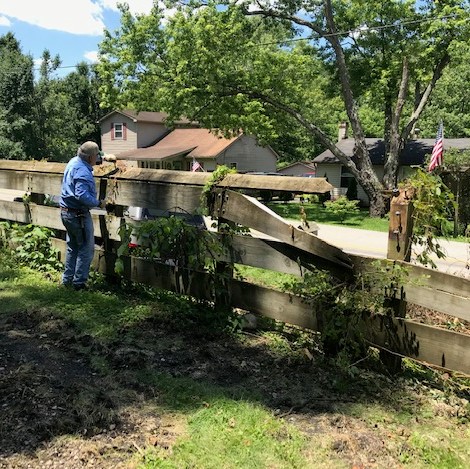 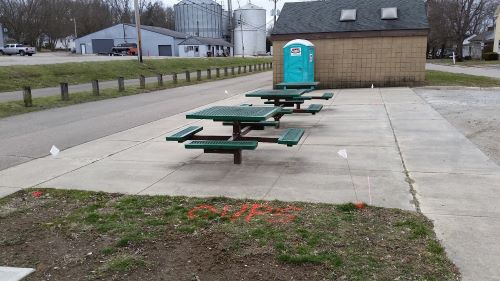 +  Much-needed drainage work and repaving of almost 2 miles of trail just south of Morrow begins soon. This work is made possible by YOUR grassroots efforts to secure $200,000 in community-based capital from the state of Ohio. Work just south of Foster also begins soon, moving a section of compromised trail away from the river and improving drainage. Work on these two projects is being contracted by ODNR.
+  FLMSP is working on improving its relationship with its volunteers. Part of this effort will include using software to make specific volunteer opportunities known to the public and facilitating signup.
+  A new shelter is coming to Corwin! Thanks to a model collaborative effort among the Friends, the state, and the village of Corwin, a 16-by-28-foot steel shelter will be erected over the existing picnic tables near the trail restroom (see location on photo). Corwin is supplying $7500 toward the cost, ODNR is supplying the labor to erect the shelter, and FLMSP handled the zoning and other legal work, and is paying the remaining cost (about $8,000). Work is delayed until the state approves group work projects to resume after the virus response, but the shelter should go up this season.